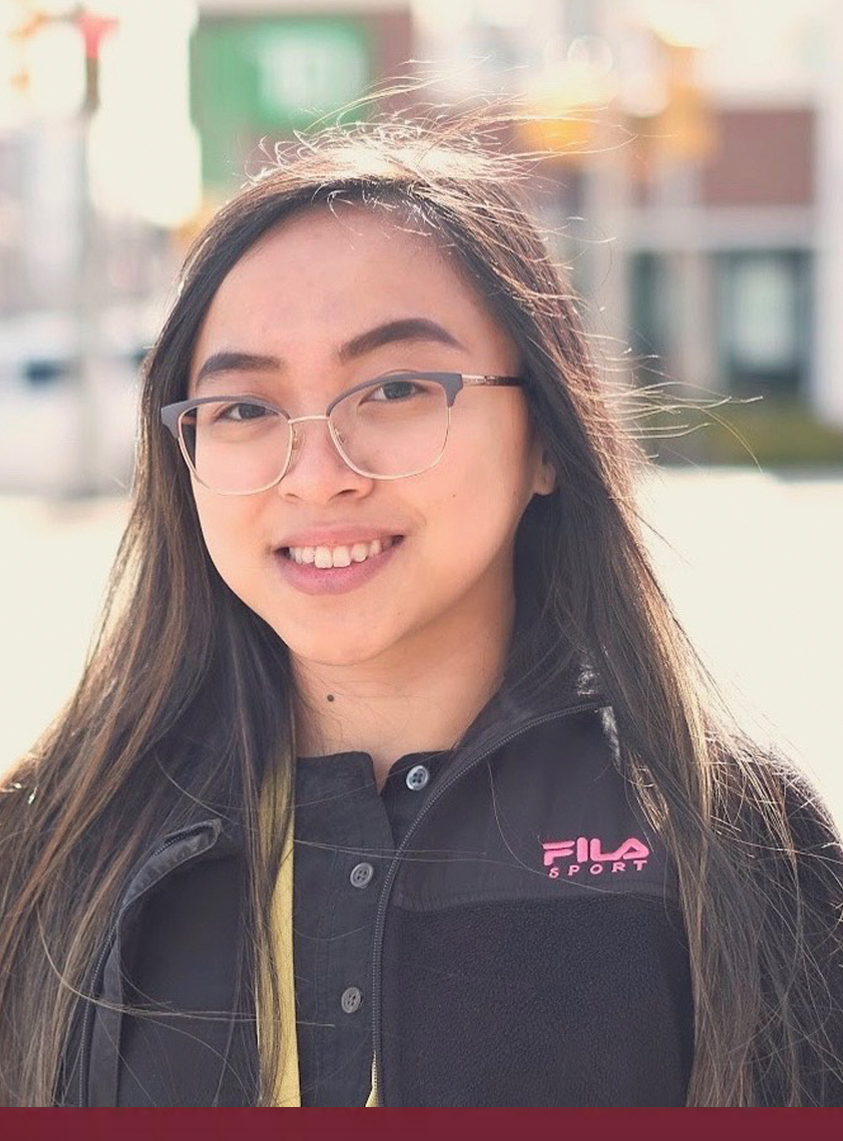 How I Leveraged My Successes, Failures and Opportunities to a Career in Cybersecurity

Opportunities come up when you least expect them, but this is usually preceded by numerous failures. And this is completely fine.

At the age of 20, I was fortunate enough to find my first corporate role at Horizon-BCBSNJ through a workforce development program. I graduated with an associate degree in computer science at a local community college a few months prior, but I could not see myself in a specific career.

Two years later, much has changed. Especially my career, my life and my outlook. I have become driven to make an impact in tech. Now, I’m a full-time security engineer intern at Tesla, part-time development operations (DevOps) engineer intern at the United States General Services Administration (GSA) and a student pursuing a master’s degree in cybersecurity.

I faced many uphill battles to reach this point. But I figured out how to work around these struggles and proved that persistence pays off. Not only was it rewarding to earn a Bachelor of Science degree in Data Science and Analytics and a Bachelor of Arts degree in Computer Science and Mathematics within one year, but it created the momentum that pushed me toward opportunities that once seemed far beyond my reach.

It’s been quite a journey.

I started my first role at Horizon-BCBSNJ as a contractor. At the time, my manager told me that to become a full-time employee, I had to possess a bachelor’s degree. The program I was hired through offered payment for two courses for three semesters, but that would only cover one-fourth of the cost needed to obtain my degree. I was put off by the thought of paying thousands of dollars in loans, but I wanted to get hired as soon as possible to earn a higher salary.

I knew that a brick-and-mortar school would not suit my needs as flexibility was non-negotiable, so I spent weeks researching schools that were self-paced, online and affordable. My standards were high, but I managed to narrow it down to a few schools that met my criteria. In the end, I selected TESU because I attended community college in New Jersey and wanted to maximize my transfer credits.

In the beginning, I opted just for the bachelor’s degree program in Data Science and Analytics. I also dug deeper into earning college credit and learned which alternative sources of credit were accepted toward my program. This included courses in computer science and mathematics, which are the majors I would have chosen had I attended a local university. My required courses were rather specialized, and, because I was still unsure of how my career would pan out, I decided to add those two additional areas of study to my degree plan. It didn’t seem like a big deal until others showed concern that I would be managing three areas of study while working 40 hours a week!

I must admit, I underestimated the amount of effort it would take. Adjusting my routine to accommodate my studies involved a lot of trial and error. There were times that I spent days completely isolated to focus on my classes, which only led to burnout. Other times, I enjoyed my downtime too much and had to rush whenever I pushed my assignments off to the last minute.

There were plenty of moments where I wanted to give up entirely. I fell behind on the timeline I had initially planned for myself. While these experiences were discouraging, there was a silver lining within my perceived failures. After each iteration, I would see where I went wrong, then try again. It was a bit hard to notice the incremental progress I made, but there were noticeable improvements over the span of a few months. In fact, I eventually found that the challenge of optimizing my learning became enjoyable.

When attending school online, I found it more difficult to motivate myself because there are fewer people to hold me accountable. However, I learned that by the time I overcame that obstacle, I became a problem solver who learns quicker than before. And my new-found abilities would lead me to the next step in my career.

By the time I was halfway through my degree programs, I was exploring a number of careers related to my areas of study. There was bound to be a role that aligned with the subjects I was pursuing. At one point, I looked at career paths related to blockchain.

Then one day, I came across an article on LinkedIn authored by the director of Information Security at Horizon on that very topic of blockchain as it related to cybersecurity. It was definitely informative, and I had a few follow-up questions. I did not hesitate to reach out; after attending TESU for a while, I was no stranger to online communication. He asked that I meet with him since it was easier to discuss in person.

I scheduled 30 minutes to speak with him. He was clearly knowledgeable, and he answered my questions and a few more that came up. At the end of the conversation, he surprised me by asking if I would be interested in joining his team! I was taken aback since cybersecurity was an area of tech that I had never explored.

I felt embarrassed as I admitted to him that I had zero knowledge of cybersecurity. Yet, he was still willing to take me onboard, since he recognized my potential and passion for learning. I took the leap and started a new role as an IT security analyst!

When I first started as an IT security analyst, I dealt with impostor syndrome. The breadth of security seemed overwhelming, and I was under the impression that everyone on my team was vastly ahead of me. As I learned more about their past experiences, I found that everyone came from a variety of backgrounds and did not intend to enter the field when they started their own careers. Just like me, they found that security was suited for them despite their lack of prior exposure.

One month into my role, the COVID-19 pandemic reared its ugly head. Regardless of being accustomed to attending online classes, the isolation took a toll on my mental health. I did not think I’d be able to bond or learn from my team while working remotely during these unprecedented times, and my motivation for both work and school began to dwindle as these events continued to drag on.

My manager and director were aware of how these arrangements would impact us, and they did their best to make up for the loss of our face-to-face interactions. Little by little, I followed leadership’s example and experimented with finding my own coping mechanisms: I gave myself permission to take breaks, I actively participated in online discussions and exercised. Once again, I found a routine that worked for me, and, just as before, I continue to adjust as necessary.

My team was incredible, and their lessons will stay with me as I progress throughout my career. They taught me that there are a countless number of opportunities to explore within security because of the increasing number of ever-evolving threats, so there will always be room for growth. They were vocal about pursuing better opportunities, regardless of their years of experience. Our leadership team seemed to be aligned with these beliefs, as they funded costs for attending conferences and taking courses and rewarded employees for earning certifications. I credit my team and the culture for the inspiration to continue within this field.

With my team’s support, I was able to learn plenty in such a short timeframe, both within and outside of work. I ranked in the top 4 percent of more than  6,000 participants in the National Cyber League, I participated in my first capture-the-flag game and passed the Certified Information Systems Security Professional (CISSP) exam with only eight months of security experience. Once I graduated with my bachelor’s degrees, I was fortunate that I was able to easily transition into a full-time employee.

After graduating from TESU, I started working on my own personal projects and began learning about the Cloud, but I wanted to apply these skills in the real world. I came across the Virtual Student Federal Service internship offerings, and one of the projects stuck out to me because it focused on Amazon Web Services (AWS), which I had been practicing for a few months. I joined GSA in their efforts to transition some of their systems to the Cloud, and I am glad I made that choice. I’m still working as a development operations (DevOps) engineer intern with GSA, and it led me to my new security role and internship in development, security and operations (DevSecOps).

Meanwhile, I also researched master’s programs because I wanted a solid foundation in cybersecurity to complement my professional experience. I knew online courses were ideal for me since I would be able to focus on my course work in my own time. I was certain that I wanted to start my graduate program by spring 2021, so I could pursue other internships out there.

By the time I was firm in my decision to pursue graduate school, Tesla was the only company with spring internships available. It was a shot in the dark, and I applied. Two months passed before I heard from the recruiter. It wasn’t until I had the offer letter in-hand that I took a step back and acknowledged my accomplishments. I was too focused on the next goal and I never took the time to celebrate.

I let my team know about my departure the day I was accepted to graduate school. It was bittersweet. But I finally gained confidence in my abilities, and I surpassed the expectations I set for myself two years ago.

The Journey Has Only Just Begun

I must admit that I was critical of myself every step of the way. I’ve stumbled plenty of times in the past, but failure would not affect my psyche today as much as it did early on. I credit Horizon-BCBSNJ and TESU for that. They pushed me toward greater personal and career development.

When I accepted the offer from Tesla, I was still scared about the risks involved in moving from a full-time job to an internship, despite the fact that it would be an incredible learning experience. This was a risk I was willing to take. It taught me to stop shying away from opportunities that seemed out of my reach. Instead, I choose to focus on the next career step.

I continue to work on improving myself and exploring more opportunities. It led me to receive another internship offer from Salesforce. I am ecstatic about joining their Futureforce program this summer, especially because I will be working in the realm of DevSecOps.

My bachelor’s degrees are one of the best career decisions I have ever made. They set me on my career path and opened up a whole new world for me. They are a milestone that I will remember fondly as I take them wherever I go.

Connect with Alyssa on LinkedIn here.