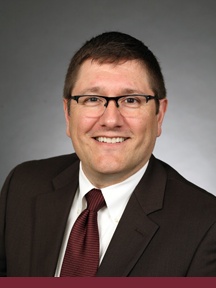 When Will 21st Century Robotics Become a Reality?

Do you remember Rosie from the space age, futuristic animated TV series The Jetsons? Set in the year 2062, Rosie was the Jetson family housekeeper, an authoritative, mechanical robot who dispensed with all of the Jetson housekeeping, sometimes even parenting for the occasionally dim-witted father, George (the fact that fathers are often portrayed as dim-witted in TV situational comedies, even animated ones, is a subject for another blog post!)

I remember watching the Jetsons and thinking how very cool it would be to have a robot do anything you want.

Now, as I see the advancements made in robotics, from the mechanical arms that assemble your new car, to the Roomba© vacuum cleaners that silently and autonomously circle and sweep your floors, I wonder whether I will soon see the day, in my lifetime, that Rosie takes care of my household and personal needs.

Will I one day greet my robotic butler at the door, for it then to   remove my jacket, pick a stray piece of lint off my sweater, and then whisk away to prepare dinner — perhaps to julienne some carrots, tenderize my steak and whip up an egg white omelette? In a NY Times article, journalist John Markoff offers insight into both the progress and lack of progress that has been made in the field of robotics—and, most notably, addresses a specific area in need of future development before Rosie can become a reality.

SO CLOSE, YET SO FAR

You see, most of those tasks that I described earlier—the removal of my jacket (without wrinkling it), the gathering of lint (without pinching me), the julienning of carrots (finely, and not too coarse!), the pounding of the steak (while preserving its shape and bulk) and the cracking of the egg (without getting shell into my omelet!) — all require a delicate, well-developed sense of touch, the one area that Markoff says is lacking in robotic development, a “critical element that will keep [robots] from eclipsing most human capabilities anytime soon.”

Though we may be lacking in this area of development up to this point, there is certainly an opportunity for higher education and industry to advance work in this area.

Haptics and Kinematics are the areas of technology that will make it possible for robots to mimic the sensations of touch, to perceive the “feeling” of touch, and then to respond according to that sensation logically and in subsequent motion.

Haptic technology, or haptics, is a tactile feedback technology, which refabricates the sense of touch by applying forces, vibrations or motions to the user. This technology is used to assist in the design of virtual objects in a computer simulation, to control such virtual objects, and to enhance the remote control of machines and devices, such as in robotics. Haptics has made it possible to examine how the human sense of touch works by allowing the creation of carefully controlled haptic virtual objects. These objects are used to investigate human haptic capabilities, which would otherwise be difficult to achieve. These research tools contribute to the understanding of how touch and its underlying brain functions work.

Kinematics is the study of mechanics, which describes the motion of points, bodies (objects) and systems of bodies (groups of objects) without consideration of the causes of motion. The study of kinematics is often referred to as the geometry of motion. To describe motion, kinematics studies the trajectories of points, lines and other geometric objects and their differential properties such as velocity and acceleration. Kinematics is used in robotics and biomechanics to describe the motion of systems composed of joined parts (multi-link systems) such as an engine, a robotic arm or the skeleton of the human body.

Ultimately, it is the model of the human body to which we aspire, perhaps the greatest machine ever to exist. Markoff expresses Moravec’s Paradox in the article, named after the robotics pioneer Hans Moravec, “It is comparatively easy to make computers exhibit adult-level performance on intelligence tests or playing checkers, and difficult or impossible to give them the skills of a 1-year old when it comes to perception and mobility.” Touch is one of the most complicated human senses, made up of an array of processes to develop sensitivity finer than anyone else thought possible. Statistically speaking, Swedish scientists last fall reported that dynamic human touch—for example, when a finger slides across a surface — could distinguish ridges no higher than 13 nanometers, or about 0.0000005 of an inch.

Where will all this lead? Of course, I am interested in the subject because of the opportunity for future work and study in all the STEM areas of higher education (STEM= Science, Technology, Engineering and Mathematics).

But I am also fascinated because I still can’t give up the dream of my own Rosie greeting me at the door, preparing dinner, perhaps even followed by a therapeutic shoulder massage. Who else out there will take up the haptic challenge and make the futuristic Jetsons vision our reality?

Dr. John Woznicki is the dean of the Heavin School of Arts and Sciences and joined the University in May 2014. His career in academia combines nearly two decades of experience in course development, teaching, college administration and scholarship. He is the author of several books and articles on poetry and language, the fiction of Stephen King and more. He earned his doctorate at Lehigh University, a master's degree from The College of New Jersey and a bachelor's degree from Worcester State University.